On March 12, a boat carrying 25 migrants reportedly capsized near the Libyan coast of Tobruk, and while authorities rescued six people and recovered seven bodies, 12 others remain unaccounted for. According to the UN, at least 70 migrants have died or gone missing off the coast of Libya. Such is the news from Libya. The country never really recovered from the regime change which was followed by the assassination of Gaddafi. 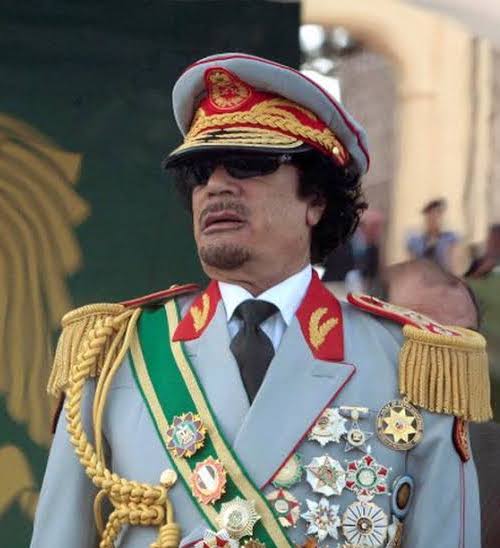 Prior to 2011, Libya had achieved economic independence, with its own water, food, oil, currency, and state-owned bank. It had skyrocketed from one of Africa's poorest to one of its richest under the leadership of Gaddafi.

Schooling and medical care were free; possessing a home was regarded as a human right; and Libyans took part in an innovative system of local democracy. The country also had world's largest irrigation system, the Great Man-made River project, which brought water from the desert to cities and coastal areas, and Gaddafi was planning to spread this model across Africa. Moreover, Gaddafi's threatened attempt to establish an independent African currency was not taken casually by Western interests.

Under Operation Unified Protector (OUP), a coalition of NATO Allies and partners began enforcing an arms embargo, maintaining a no-fly zone, and protecting civilians and civilian populated areas in Libya from attack or threat of attack in March 2011. Two days later, the United States, the United Kingdom, and France launched airstrikes. NATO assumed sole command of international air operations over Libya on March 31. NATO assistance was critical to the rebel fighters. They managed to enter Gaddafi's hometown of Sirte in October, and a final massive battle ensued, culminating in Gaddafi's capture and killing on October 20. The violence did not stop for long and a civil war raged on for years. In hindsight the NATO intervention was not a success.

It has been ten years since the NATO-led coalition dropped the first bombs on Libyan strongman Muammar al-forces, Qaddafi's turning the tide in the country's civil war and playing a critical role in the dictator's demise. The merits of that intervention have long been debated, with foreign stooges, local rivals, and extremists flourishing in the void ever since.

However, there was a more direct cost. NATO airstrikes killed dozens of civilians inadvertently during a war fought specifically to protect civilians. The war also had a significant impact on the lives of 600,000 to 700,000 migrants and refugees in Libya, the majority of whom were from Sub-Saharan Africa. Many of them hoped to remain there. Many of them were forced by the war to endeavour the perilous journey to Europe. Many of those who struggled to cross the Mediterranean were apprehended and imprisoned by the Libyan coastguard.

The Obama administration claimed that it was only attempting to protect civilians. Its actions indicate that it was seeking regime change. Following reports of mass atrocities committed by Gadaffi, the United States and NATO allegedly intervened on humanitarian grounds. But, in reality, it was all about money, oil, and the global banking system's security. It is a shame that such a country has been reduced to bricks and pebbles because of the avarice of the western world.

Leftists are taking lead in the Ecuadorean Presidential Elections

Leftists are taking lead in the Ecuadorian Presidential Elections. Ecuadorian economist and the leftist leader of “Citizen Revolution Movement”, Andres Arauz on Sunday won a first-round victory in....

“I would not worship a God who is homophobic and that is how deeply I feel about this. I would refuse to go to a homophobic heaven. No, I would say sorry, I mean I would much rather go to the other place.....

ENDSARS PROTESTS IN NIGERIA: SYMPTOMS OF A DEEP AND UNDERLINING SOCIAL MALAISE

Quite recently, Nigeria came under the grips of what could be termed, the Post Pandemic Stress Syndrome (PPSS). Months of seclusion, hunger and uncertainty had drastically lowered the threshold of tolerance....

A Marxist Analysis of the New Socialist Tide in Latin America

Introduction:Today we are in the midst of the emergence of a new wave of socialism across Latin America. In the last couple of years, we have witnessed the return of the Movement Towards Socialism party....

BURNING PYRES IN INDIA, DURING THE PLAGUE

“Remember me at the time of death, close down the doors of the senses and place the mind in the heart”-The Bhagavad Gita Night fires flicker in the thousands and thousands, Bodies come one after....