In 1945, just after the “World War II” ended huge rallies, protest gatherings as well as general strike were organized at the call of AISF in demand of releasing three Indian National Army(INA) officers who were put on trial by the British Government. In these protests several AISF cadres were injured and a few cadres were killed by surprising gunshots and Lathi charge by police in Calcutta, Bombay and Lahore. After these brutal incidents, fierce Student movements started all over the country mainly in Calcutta, Bombay, Lahore and Lucknow. It is one of the biggest movements in the history of Sub-continental Student movement. The names of the INA officers for whom this kind of fierce protest was organized are Sehgal, Dhillon and Shahnawaz Khan. It is clear that the revolutionaries of undivided India would never have thought that the country will be divided one day in the name of religion; though the “Two Nation Theory '' was introduced in 1937 but very few responded to it.

In 1947, the world saw two self-governing nations of “India '' and “Pakistan '' which came into existence at mid-night on 15th August. After passing through many post-colonising political and social instabilities and discourses India is on the verge of celebrating its’ 75th independence day. While, Pakistan celebrated it one day ago. However, Apart from their day of independence, both of the nations have some more things in common and that is Corruption, massive Social and communal inequality. Standing on the present situation, it will not be wrong to say that both of the nations are making it’s name in the world for its’ efficient production of social and communal hate crimes. If we ask an average Pakistani high school student that “From whom we got liberty in 1947?, he/she would answer “From Hindus' '. In Pakistan from educational institutes to hospitals Pakistani Citizens who belong to minority sections get victimised in many hate crimes and intolerant activities even in the twenty-first century and on the other hand, India certainly has communal hate crimes as well as caste-discriminations. In India we have the tragic incident that happened with Rohit Vemula who got an admission in Hyderbad Central University(India)for higher education had to commit suicide due to repeated social harassment. His crime was that he belonged to a so-called lower Caste. Till this date the efficient educational facilities are available for them only who can pay for it in both the nations. Since independence, the capitalist Governments in both countries have been using religion as a weapon to divide people for their political benefits and they are creating a fake nationalism hype to exploit people economically when they are very much mentally invested into this hype. It is unfortunate that standing in 2020, the larger section of these two democratic countries do not get the fundamental rights which are “Right to education”, “Right to get health facilities' '. Rather the governments are promoting more than 130 nuclear bombs as development, winning a cricket match against each other as success and capital is generated from both of these publicity stunts. Efficient education and health facilities are only available for the 1% who are the elite class. Poor section which is the majority in both the countries are still waiting for social and economic independence. From the reality of 74 years of democracy, it is clear that the larger section of both the countries are very weak socially and economically. It is already established that only left forces have been demanding social and economic independence with political rights.

Communist and left student youths sacrificed and dedicated their lives for gaining political independence from the British colonisation and it is the responsibility for us to play the pioneer role to unite the student-youths of both the countries against the fundamentalist capitalist forces of both countries to move forward towards socialism. The borders cannot separate our goals and dreams. Fight will continue till it is achieved. 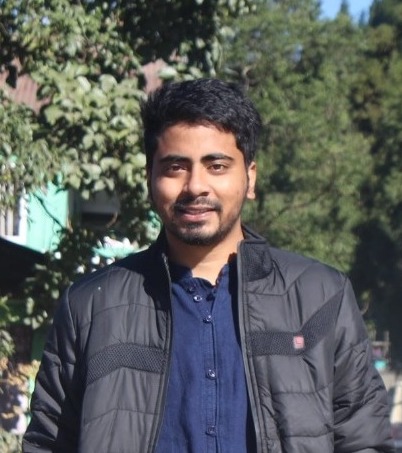 Rama Janmabhoomi Issue: Exposing the myth behind the narrative

December 6th, 1992, marks a black day for Indian secularism. Hindu nationalists demolished the 300-year-old Babri mosque at Faizabad district because they believed that the land was the Janmabhoomi (birthplace)....

The Taliban has retaken Kabul and declared the new name of the country to be the Islamic Emirate of Afghanistan led by Emir Hibatullah Akhundzada, also referred to as „Commandant of the Faithful‟.....

A year after pandemic : Left slightly making their way in Pakistan

A year and half ago, when Covid-19 started wreaking havoc, some of us thought that the world will be changed after this pandemic. As the cracks in society became visible with the poor people deciding between....

The Breakdown of the Soviet Union and The Taliban Saga: Who Needs to be blamed?

The moment when I'm writing this blog is not a time to cherish. It is a time to feel devastated, restless and tired. I'm 24 and my generation has never seen something brutal like this. Pictures are coming....

BJP knocked out in By-poll elections: People's mandate is for a change

This 26th November, historical farmers’ movement is going to complete a whole year journey at the Delhi borders. Undoubtedly, this is one of the most impactful mass movements in India since independence.....