Few days back I got the sad news of the demise of the great fighter, intellectual, communist thinker and organiser Comrade Professor TAMILA of Ukraine.

I had a rare chance of meeting her a few times and witnessed her fighting strength and political sharpness even at age 80+years.

She has been a true communist for all her life and lived a life genuine to the core.

She has been a Mountain of Socialist Morality and will remain as one of the greatest communist icons for the generations to come.

"the best common monument to us will be the socialism built in battles!"

Comrade Tamila devoted her entire bright life to the struggle for the cause of the communist revolution. In Soviet times, she was not looking for a "warm place", but worked, like many real Soviet people, wherever the country has sent her: in the Far East, in the Baltic States, in Nikolaev, in Kiev. at the same time tempering her character, holding high the bar of a teacher and propagandist of Marxism-Leninism, in many years of battles with certified ignoramuses in the field of economic theory and falsifiers of their military biographies, who had multiplied in the 1970s.

In the most difficult years of the destruction of the USSR and its core, the CPSU, she fought for the restoration of the communist movement on the territory of Ukraine and in other Soviet republics. Being a profound theoretician of Marxism-Leninism, Comrade Tamila perfectly understood the international class essence of this proletarian theory, from the very beginning she saw the limitations of the way to restore the communist movement exclusively within national borders. Therefore, long before the formation of the Communist Party of independent Ukraine she became the organizer and leader of the Union of Communists of Ukraine, and from the very beginning she became one of the centers of coordination of communist forces, first in the post-Soviet space, and then internationally. In 1995, the Union of Communists of Ukraine under the leadership of Comrade Tamila became the organizer of the For the USSR movement, under whose auspices one of the first international conferences of communist organizations from different countries of the former USSR were held in Kiev. It is no coincidence that the Union of Communists of Ukraine became one of the founders of the Union of Communist Parties - the CPSU, headed by Comrade Oleg Shenin.

The most important task for the international communist and workers' movement, determining the quality of its revival, Comrade Tamila considered the theoretical comprehension of the reasons for the defeat of socialism in the USSR, the current state of the proletarian class movement, the need to defend against the revolutionary essence of Marxism in the face of a counter-revolutionary rollback, as well as the theoretical elaboration of new revolutionary tasks for future communist revolution. For this purpose, the Union of Communists of Ukraine in 1995 established an international theoretical and socio-political journal "Marxism and Modernity" - the editor-in-chief of which was Comrade Tamila for more than 25 years. The editorial board of this magazine included well-known Marxist theorists and prominent figures of the international communist and labor movement, including: Ludo Martens, Klara Azhibekova, Omar Bagdash, Viktor Vazyulin, Nadezhda Garifullina, David Dzhokhadze, Yuri Zhdanov, Branko Kitanovic, Vasily Kolarov, Richard Kosolapov, Ludo Martens, Alfred Rubiks, Victor Tyulkin, Oleg Shenin, Jean-Luc Sale and others.

As the editor-in-chief of the magazine, Comrade Tamila, she held the bar high in the theoretical struggle for Marxism by her personal example. She authored dozens of articles on the problems of Marxist political economy in which she consistently pursued the line of the need to completely overcome the legacy of the political economy of capitalism through the transformation of the commodity character of capitalist production and the creation of a new type of social production. This revolutionary line in economic theory made it possible to deeply reveal the reasons for the transformation of the economic system in the USSR, which led the country to the destruction of socialism and capitalist restoration.

Thanks to the high organizational skills and deep Marxist-Leninist theoretical training of Comrade Tamila, the journal Marxism and Modernity became the most important center of the theoretical form of the class struggle for communism not only in the post-Soviet space, but also on an international scale, providing a theoretical analysis of socio-political processes , waging a relentless theoretical struggle against opportunism and revisionism in the communist and workers' movement, helping to educate a new generation of convinced communist revolutionaries in many countries.

It is thanks to the deep Marxist-Leninist theoretical position of its leader that the Union of Communists of Ukraine has always remained and remains in principled class and internationalist positions, which became especially difficult after the coup d'etat in Ukraine in 2014.

The fiery heart of the revolutionary who was widely known and whose light of knowledge has illuminated the revolutionaries from the Philippines and Korea to Mexico and Chile, from South Africa to Finland, has stopped beating, but the cause of our comrade in the revolutionary struggle continues to live. It will continue both on the territory of Ukraine and throughout the planet, since Comrade Tamila has always believed that "the best common monument to us will be the socialism built in battles!

You have inspired millions of young people through your genuine, wholehearted,dedicated work for humanity.

You will be living through their imaginations and noble work to build Socialism! 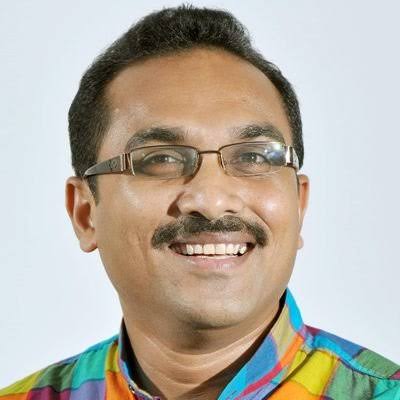 The Taliban has retaken Kabul and declared the new name of the country to be the Islamic Emirate of Afghanistan led by Emir Hibatullah Akhundzada, also referred to as „Commandant of the Faithful‟.....

Bangladesh: A story of Helpless Minorities vs Awami League Politics

The communal violence in Bangladesh has shaken the country. The minority Hindus are continuously under attacks of communal threats. The administration has completely failed to control the situation. However,....

Political Violence in Tripura: A story of Fascist Brutality vs Communist Revival

The scenes in Tripura are causing major trouble for the democratic people in India. Tripura is a small state in India. A state which has been run by the Communist Left Front for years. It was a state nurtured....

In 1945, just after the “World War II” ended huge rallies, protest gatherings as well as general strike were organized at the call of AISF in demand of releasing three Indian National Army(INA) officers....

The terrors of BJP-RSS in Tripura

Immediately after the results of the Assembly elections were announced, a spate of attacks on CPI(M) and Left parties’ offices, houses of supporters and trade union offices began. Since then, there has....