“I would not worship a God who is homophobic and that is how deeply I feel about this. I would refuse to go to a homophobic heaven. No, I would say sorry, I mean I would much rather go to the other place. I am as passionate about this campaign as I ever was about apartheid.” These words by Desmond Tutu perhaps ring true now that he has passed away.

At a glance what he says seems pretty benign. But when one begins to read about him the deeper meaning of these words shine through. Desmond Tutu stood with the oppressed. Period. There is nothing more to that. 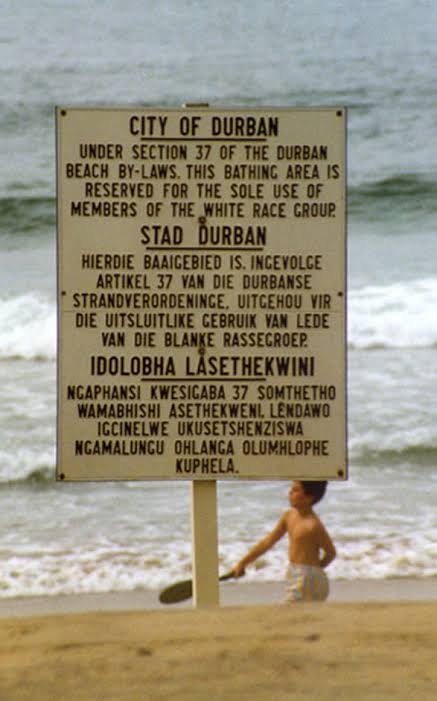 Desmond Tutu was born in Klerksdorp, Transvaal, in 1931. His father was a teacher, and he attended Johannesburg Bantu High School. After finishing high school, he went on to train as a teacher at Pretoria Bantu Normal College before graduating from the University of South Africa in 1954. He began studying theology after three years as a high school teacher, and was ordained as a priest in 1960. Soon after, his life changed. We remember Desmond Tutu for his anti apartheid activism. Archbishop Tutu, who died on Sunday, headed a truth and reconciliation commission. Archbishop Desmond Tutu was named chairman of the TRC a year after majority rule was achieved. Its responsibilities included giving assistance and recompense to victims and their families, as well as establishing a comprehensive and objective record of apartheid's consequences on South African society. Anyone who had been a victim of violence was welcome to testify in front of this newly formed committee. Perpetrators of violence could also testify and ask for amnesty from the prosecution.To Archbishop Tutu, forgiveness and reconciliation were the "only truly viable alternatives to revenge, retribution and reprisal".

"Without forgiveness," he said, "there is no future".

He wanted to heal. Vengeance was simply not for him. Tutu’s work with the TRC showcased his ability to combine his Anglican beliefs, African spirituality and concern for human kind and turn it into a plan for action for South Africans to be truly able to heal from one of the greatest injustice unleashed upon them. It must have been difficult, this de silencing of sorts, to unfurl the extent of damage done. Truth and reconciliation has been widely taught in conflict resolution courses all across the world If, but has anyone ever been taught how to love and how to heal? If we could but recognize our common humanity, that we do belong together, that our destinies are bound up with one another’s, that we can be free only together, that we can survive only together, that we can be human only together, then a glorious South Africa would come into being where all of us lived harmoniously together as members of one family, the human family, God’s family. In truth a transfiguration would have taken place. (“ The Rainbow People of God" 121).

It is because of his belief in God, his theological convictions that he was able to fight apartheid. For him, love for humanity trumped all other differences. Tutu based his thesis on the Genesis creation myths, claiming that God made all people in His likeness in order for them to be interdependent and coexist.

He accuses Apartheid of failing to honour this vision by exaggerating the significance of race, which Tutu considers to be a biological irrelevancy with which God was unconcerned at creation. If God wasn't concerned with such differences then why should the mortals concern themselves over this? As a result, Desmond Tutu stood with the downtrodden, be it the LGBTQ community or the Palestinians suffering at the hands of Israelis. Desmond Tutu’s commitment can perhaps be understood best by his thoughts on neutrality. He has said that 'If you are neutral in situations of injustice, you have chosen the side of the oppressor. If an elephant has its foot on the tail of a mouse and you say that you are neutral, the mouse will not appreciate your neutrality.' This is a litmus test, injustice can be dealt with only by siding with the oppressed

Latin America is historically a theatre of an intensive class struggle. After 2008’s capitalist crisis, the imperialist intervention has been severer to implement a more aggressive neoliberal program....

The tragic, cynically calculated decline of Corbynism, and the subsequent ascendancy of the neo-Blairite Starmer project, have made the Labour party a lot less free. When Starmer’s great power games....

Middle-East Historian Warns that U.S. Needs to Compromise with Iran to Avoid Catastrophe

As voices within the United States government and corporate media renew calls for a war with Iran, a leading researcher on Middle-Eastern affairs is warning that such a move would not just be immoral,....

“Thy father is a poor man” mark well what that may mean On the tablets of thy memory that truth write bright and clean.Thy father’s lot it was to toil from earliest boyhood onAnd know his latent....

On March 5th, 1946, Winston Churchill delivered his famous Sinews of Peace speech in Fulton Missouri in which he famously claimed that, “an Iron Curtain has descended across Europe.”  The essential....

A Military Theory of the Ukranian Army, Its History, Strengths, And Weaknesses During the ‘‘SPECIAL MILITARY OPERATION’’ of 2022

Part 2 ...link to Part 1 III. Observations on the Red Army and the Relationship between Soviet Russia and UkraineAccording to the Internet Encyclopedia of Ukraine, during the Second World War, 4.5 million....