WITHIN THE WALLS: A memoir of the plague in Quebec City

I walked on the Plains of Abraham today, but with much stress and difficulty, as the people walking along Avenue George VI, which more or less begins near Musée national des beaux-arts du Québec and the phallic monument to the English commander, Wolfe, rarely keep their social distance. They run into each other pell-mell along the long avenue,

laughing and chattering with their sing-song voices, but there is something eerie about them. None of them wear masks but have a dark comic affect that reminds me the great painting by Francisco Goya, The Burial of the Sardine. These people in their crass promenade, similar to the Spaniards wearing masks up to Ash Wednesday, do not realize that they are the sardines that are going to be buried by the variants of the Covid-19 plague. 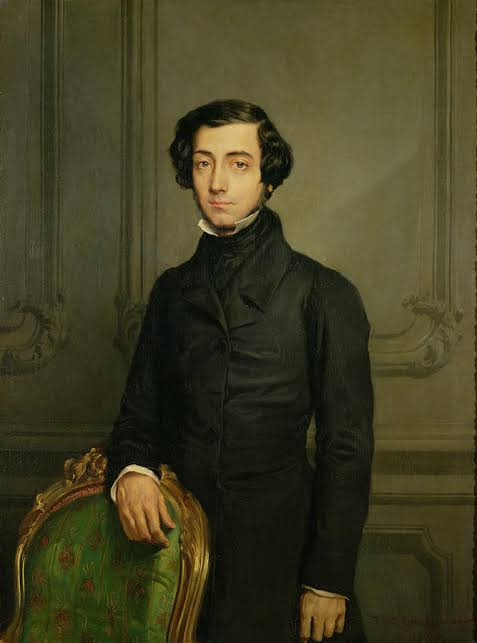 Only two nights before, a young woman, rather overweight with a tough appearance but at the same time a pretty face, who lives immediately across from my rooming house saw me wearing a mask. It was late at night before the lockdown. She looked at me with spite and hatred, then as she had been also walking in the night, went into her apartment building only to come out quickly. Looking at me with a maniacal expression, she coughed towards me, then she stared at me. She then proceeded to walk towards a side street, and looked at me over her shoulder, with her heavy gray winter coat almost making her look like one of those German soldiers who had been captured at Leningrad, and she coughed again and again with a gleeful look on her face. I said to her from across the street on Mont Carmel, “You are a simple bitch.” My voice was not dramatic but even and cold, and she turned to me with a look of frustration and shock, disappearing quickly into the darkness of the alley way.

In closing this chapter on my year in Quebec City, I should mention those who called me many times, or almost every day to see if I was still able to maintain my sanity in isolation during the first year of the plague. There were calls from Vermont from women like Linda Defrietas and Paula Gallo. The lovely Linda Defrietas was of mixed Portuguese and Scottish origins, and being a rug hooker, could relate to me through my easel painter works, my poetry, but not my denser prose works, which was always understandable to me. She had at one point during the first months of the plague thought of coming and bringing me back to Vermont, but her own personal crisis during the plague made that impossible. I have with me in Quebec City a brilliant, small, hooked rug Linda gave me, the design a grey-brown jug with a deep Prussian blue weave in the background grounded by a small tree with small orange sprouting buds.

Paula Gallo was more interested in my theoretical analysis of those tragic events unfolding during the Trump regime leading up to the attempted insurrection on January 6th, 2021. I had two former girlfriends, Jane Hill and Gale Strand, who would call me frequently to see if I were in good health, particularly Gale, as she was nurse for over thirty years and she understood the more complicated issues of Covid-19, although we disagreed hotly on the origins and how best to deal with the plague from a psychological perspective.

There were also the daily calls from Jimmy Martinez, a photographer who lived in Paris, and we had many endless discussions about history, literature and aspects of photography that obsessed us both at times. My brother, Richard, would also call me, as well as my mother, Rachel, and of course, those calls could be very emotional and at times strained due to my being outside the country.

During this period, there were two others who called me every week to give some emotional and psychological solace. There was Dr. Cranston Knight, who is not only a brilliant professor of history, but also a photographer whose photos echo the early cityscapes of Gordon Parks. Dr Knight, who is of African American and Mexican origins, would talk endlessly with me about the Angolan War against South Africa, and we would talk about the tactical maneuvers of the FAPLA (People’s Armed Forces of Liberation for Angola), and how they repulsed a South African counterattack near the Tumpo River. It was a battle I wanted to write about, but never did, but I will always remember the intense and detailed words and imagery in the way Dr. Knight described the battle.

Then there were the calls, almost daily, from the famous journalist, Maralyn Lois Polak, who is a nationally syndicated weekly celebrity interview columnist for The Philadelphia Inquirer. Maralyn’s brilliance was laid bare to me over the phone when she discussed her interviews with known international writers, for instance the controversial writer, Günter Grass, of whom she said that he was in the Hitler Youth, but that he was of his time. Maralyn was able to explain in her down-to-earth way, how the famous writers she interviewed were as flawed and as pedestrian as the rest of us. I remember especially her comment that serious intellectuals do not like to be interviewed all the time by the media. What Polak was able to see and express to me was how rare are great men and women, while famous people are a dime a dozen.

The most complicated of all the exchanges of phone calls and endless emails were from my former army comrade, Alexander Gabrielle. I can say without flinching that Alexander Gabrielle, although eccentric as a poet, is as bold as a Dada poem, chiseled out of bitter and sarcastic words, but very human in his vision. He also has a brilliant understanding of the era of Charlemagne, and he convinced me to purchase a book with plates of Carolingian Paintings that brought me great joy. Gabrielle could be moody and difficult to communicate with at times. But our interest in European politics and culture (Gabrielle was born in Milan) made for the kind of enduring friendship that Alberto Moravia described in his classical novel, Two Friends. I would frankly say that I am his Sergio, who is the incorrigible young intellectual, although now I am old and still poor, and I am more of a pragmatist and not willing to suffer fools gladly in empty conversation that does not deal seriously with the communist ethic. Gabrielle is more like Maurizio. Gabrielle, whose bourgeois background dates back to the age of Dante, when one of his forebears had the audacity and stupidity to slap the famous Italian poet, causing his ancestor to be sent into exile.

Gabrielle, like Maurizio, was handsome in his youth but never rich, successful to a degree with women, and moralistic and mystical regarding his spiritual life. However, I must admit we never struggled over a woman during our time in the army, but I actually suggested he become a lover to a former girlfriend of mine when we were stationed at Fort Carson, Colorado Springs. This is contrary to Moravia's portrayal of the two friends in competition over a woman. Here it would be interesting to state that I had no love affairs in Quebec City, which is a great crime, because to study military history, it is healthy to have a lovely woman as a partner in crime!

Although it may have been my fate as a military historian not to finish my history on the Battle of Québec in 1759, I was always transfixed by the military history of Quebec City, and I was never able to put it too far aside, even with my other creative interests, painting or photography. I remember now how I used to lie on the grass behind one of the Martello Towers and look out towards the magnificent flowing St. Lawrence River and at the industrial town of Levis, and I vowed that I would paint some landscapes like those of Pissarro and Cezanne. I never did such paintings; I only took photos of the landscapes about me with my cameras. I tried to capture with light and shade, and even with color, what I knew I would never capture with a paint brush and canvas, as I was too lazy for such a disciplined effort. However, I would like to cite a comment by the French historian Alexi de Tocqueville from his journal when he was in Québec and also viewed the majestic St. Lawrence:

External appearance: Canada is beyond comparison, of those parts of America which we have visited so far, that which bears the greatest analogy to Europe and, especially, to France. The banks of the Saint Lawrence are perfectly cultivated and covered with houses and villages in every respect like our own. All traces of the wilderness have disappeared; cultivated fields, church towers, and a population as numerous as in our provinces has replaced it…

I recognize that I do not have the lyricism of Tocqueville in expressing my visual observations on the land along the St. Lawrence, however I do find Québec to be much like France in the way the land and social customs were continually refined even under colonial occupation. Unlike Tocqueville, whose passion was to create a massive history of observations in his work, Democracy In America, my passion was military history, and I found solace in military history as my mistress. Military history being my muse, I sought all the books I could find about the Battle of Québec in 1759, and ordered them online and when they arrived, I pored over them avidly.

The Weaponization of Climate Change Against China

Climate Change is undoubtedly one of the most pressing issues humanity has been faced with. Our species, homo sapiens, along with countless others, and the life systems that enable and spawn life face....

The International Magazine Turns 1: What a beautiful journey!

What’s the best source for unbiased, authentic take on things? Media funded by the corporates? Or looney conservative media peddling hysteria ? Trick question. None of these is the source of ‘authenticity’.....

Interview with the Midwestern Marx

On behalf of The International, Akash Chatterjee and Debojit Banerjee conducted an interview with Eddie Smith & Carlos Garrido from Midwestern Marx, an organisation that works for the working class in....

Trump or Biden: An American cliffhanger

A fierce fight is being waged in the US. The incumbent President, Donald J. Trump, is up against his rival, former Vice President Joe Biden. Yesterday was the election day, but it may take a few days to....