On Blairism and the Death of the Soul of British Democracy

In 1997 Tony Blair led Labour to a landslide victory on the back of a social democratic manifesto, which hid his real intent to build upon Thatcher's legacy and turn the UK into a corporate dystopia. Yes, there were spatterings of progressivism in the legislative agenda of New Labour, but mostly that was down to the work of principled backbenchers, quietly working for justice while Blair reaped the praise. Margaret Thatcher was the first person he welcomed into number 10 as a guest and he matched her in fundamentalist zeal for the cause of big business, treating her as his mentor.

For me the fact that he won several elections doesn't matter. The fact he ignored over a million people who marched against the creation of a graveyard of innocent Iraqi citizens, who marched for a peaceful world, for a culture of understanding and cooperation in foreign policy and diplomacy, is more important. He argued for war based on the axioms of liberal interventionism, a postmodern bastardisation of just war theory contrived by Washington war ideologues in neoliberal think tanks to cloak their misdeeds in an air of moral superiority. 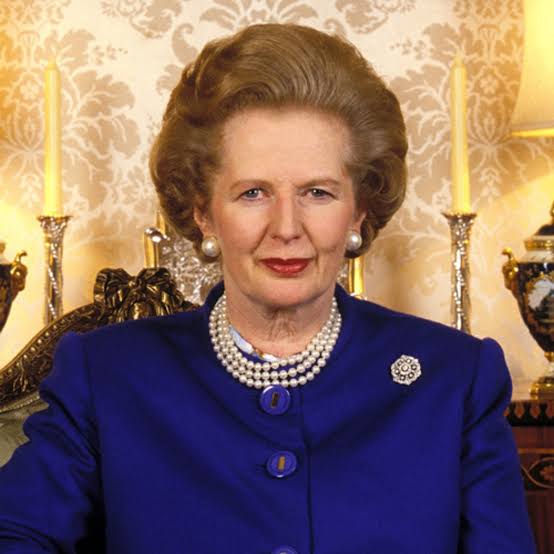 This is why I call Blairism the death of the soul of British democracy. He wielded the immense power of an "elective dictatorship" to push the UK into an unpopular, unwanted alliance with the belligerent administration of George Bush, equally as fatal to his own democracy, exploiting the post 9-11 mood to bludgeon the Patriot Act through Congress, emboldening the national security state. Authoritarian legislation such as this created a climate where national security services could act beyond the social contract and torture and kill with impunity. Similar laws were introduced in the UK, where detainees facing terrorism charges could be held for a lot longer without trial and a paranoid mood was fostered where an innocent man was shot dead on the tube.

Beyond heinous, repellent foreign policy, domestic policy also left a lot to be admired. Lost in the haughty, equivocating language of legislation were clauses that enabled the introduction of private investment in the NHS, a reactionary reform that precipitated declining care standards in the quest for profit. Private finance acts benign and pretends to be an ally of community services, rainbow capitalism, but it is merely biding its time till the NHS collapses, a politically engineered collapse, upon which it will swallow up NHS capacities and price the poor out of lifesaving treatment.

Already a monopoly exists in the private mental healthcare market under the predatory and scandal ridden Cygnet Healthcare, owned by, a UK front for, a fortune 500 company prosecuted for fraudulently detaining patients for profit. My own experience in the UK under the care of Cygnet is that the culture is the same, detained a year beyond the period of medical necessity despite continuity of stable mood evidenced by my medical notes. Lucrative public funding contracts for contracts for patient placements, negotiated and authorised by undemocratic CCG's, provide a perverse incentive to detain patients for as long as possible. As well, investigative journalists have gone undercover in their hospitals and have witnessed and revealed cruel and unusual punishment, unprovoked, brutal attacks on patients.

Whilst the media talks about the sell off of the NHS as an incoming storm we are actually already in the eye of it because of Blair. Cuts to funding enforced under the Tory mantra "there is no alternative" have forced the NHS to narrow the scope of its services and outsource many to the market. Public administration of the effort to mitigate coronavirus in the UK further proved the tendency to gamble public welfare for profit, with procurements being awarded to class allies instead of the best, or cheapest, or most efficient services.

The arc of British history in the latter half of the twentieth century begun in a mood of triumphant progressivism in the creation of the welfare state, but the labour movement and its consciousness was deliberately squashed by Thatcher, communities obliterated, and Blair sought to build on her legacy, explicitly targeting trade unions. He reformed labour into a party bankrolled and puppeteered by big business instead of representing the views of members from the bottom up. In so doing he erased the representation of workers in parliament and that is why he drove a knife through the heart of British democracy.

In a democracy, to sabotage your own party is treason

The main conclusions of the Forde report, an inquiry into a leaked document that proved malefactors in the managerial tier of the Labour party deliberately sabotaged Corbyn in the 2019 election to restore....

Panagiotis Maniatis, born in Athens, is a Greek poet. He has been a dynamic defendant of Marxist-Leninist ideology in the socio-political space-time of late capitalism. From the populous demonstration....

Mutumbaism: How the process of neoliberal globalization has turned Kenya into a second hand nation

Mutumba is a Kiswahili word that was originally used to refer to second hand clothes. This is because the first second hand commodities that were sold at a large scale were clothes. Now that today second....

Elections in Canada: History is in the hands of the Communist Party

The 44th general election of Canada is merely two weeks away now. On 20th of September, 2021 the people of Canada will vote for the members for the house of commons in the Canadian Parliament. Prime Minister....

"But, over time, when all has wound itself down, nations disappear."~Honoré de Balzac, The Bureaucrats[This essay was previously written in 2016, when I was in Paris, France. I deliberately left my country....

In Palestine: the uprising towards unity

The Nakba commemoration takes on a very special meaning this year. As we commemorate the 73rd anniversary of the great exodus, the Palestinian people have been subjected to a war of all kinds for several....