The Weaponization of Climate Change Against China

Climate Change is undoubtedly one of the most pressing issues humanity has been faced with. Our species, homo sapiens, along with countless others, and the life systems that enable and spawn life face obliteration, with ecological collapse to a scale unseen before already occurring and more only around the corner. This period of human history is known as Anthropocene, the epoch where humans have negatively impacted our environment has only been accelerated by capitalistic forces which seek to extract, exploit, plunder, and poison the life systems that keep our species, among others, alive. And yet, despite species ending catastrophes, caused by the climate crisis, which in turn is caused by a capitalist socio-economic system, hegemonic capitalist powers will co-op meaningful progressive movements to further their imperial ends in the form of green-imperialism – with China, which is providing an alternative mode of economic production and structuring of society, the recipient of this green-imperialism.

China has been berated in the corporate press. Attacked and vilified. Often declared to be the sole cause of climate change due to their heavy industry and rapid industrialisation. We see headlines such as: “Should green campaigners put more pressure on China to slash emissions?” (BBC 09/21); “Climate change: how China moved from leader to laggard” (Financial Times 12/19); “China Teaches Kids Its Version of the Climate Change Story” (Bloomberg 02/21) within the piece arguing China is shifting blame for climate change onto others; “We must stop cutting China slack on climate” (The Hill); and “Is China going to fry the global climate?” (The Week 07/21) sided with a photo of Xi Jinping with a pan-frying an image of the earth. All of which only constructs the perception that China is single-handily the cause of climate change, this sided with other new stories which paint China as some aberrant and belligerent nation, despite only having one military base abroad compared to the U.S.’s 800 (that we know of), and China being blamed for Covid-19, is likely why views on China have shifted so rapidly in recent years. Polling by Gallop found that the unfavorability of China skyrocketed to 79% in 2021, compared to the previous decade where unfavourable views of China did not surpass 55% for consecutive years. This is the manufacturing of consent as the negative press produced on China, from Covid-19 to the climate crisis, also aligns to the U.S. government foreign policy on China – to counter and prevent the growth and influence of the nation, particularly within U.S. spheres of hegemonic domination, meaning the entirety of the globe.

What these articles do not cover, however, and what is mostly ignored, is the historical context of the Anthropocene. China has contributed to climate change no one is disputing that what the issue is, however, is the self-removal of culpability for the climate crisis by Western powers and lumping the blame solely on China. Europe and the United States have had two solid centuries of industrialisation compared to China whose industrialisation only really began in the 1950s. For instance, the United States annual CO2 emissions from 1906 have continuously produced over 1 billion tons of CO2, undoubtedly altering our climate dramatically. China on the other hand only reached the billion mark in 1975 and surpassed the U.S. in total CO2 emissions in 2006. Furthermore, if we look at the total share of CO2 emissions from 1750 to 2019, we see that Europe accounts for 26.9%, the U.S. 25.5%, and China only sitting at 13.7%. Moreover, if we look at CO2 emissions per capita (refer to the graph below) we also see that Western society has continued to pollute the earth and contribute greater quantities to climate change than China, doing so for more than two centuries, despite China’s population continuously being hundreds of millions more. Yet, the corporate press, along with Western governments, would want you to be convinced that China and Chinese society is the sole culprit of climate change – the reality is far more damming as it reveals, once again, that Western capitalist forces and society are to blame for the destruction of our planet.

What makes the weaponization of climate change against China even more infuriating and hypocritical is the fact that Western companies, a large portion of which are oil companies like BP, Chevron, Shell, Exxon, share a great portion of the blame for the gradual destruction of our life systems. Take Exxon, for example, which carried out research into climate change and was fully aware of the science surrounding it and how their operations were directly causing changes in the climate in the 1970s but proceeded to bury their findings and engaged in a full-scale disinformation campaign to dispel anything that might hurt their profits. Moreover, the U.S. military machine is itself a major polluter and contributes more greenhouse gases than some 140 nations but nothing is said, nor is the corporate press calling for the downsizing of the U.S. military – rather they call for the opposite by manufacturing new enemies to justify obscene military spending as they did with China. In archetypal Western chauvinist hypocrisy, we see the greenwashing of not only oil companies, while we watch them set the sea on fire in Mexico, but also capitalist governments describing themselves as the torchbearers of a green revolution while simultaneously providing the fossil fuel industry subsidies of $11 million a minute. So, as the former leader of Bolivia, Evo Morales, has stated, “Either capitalism dies, or it will be Mother Earth."

With the barrage of lies surrounding China in the corporate press, their leading role in the fight against climate change is often unrevealed – assisting in the demonising of China and manufacturing the perception that they are solely culpable for the climate crisis. China as a nation-state will suffer dramatically from our changing climate and already has, as we saw with the Henan floods this year that killed hundreds and caused 1.1 million people to be relocated. The Chinese leadership is fully aware of the damming effects climate change is having and will further have on their population hence them leading the charge against it – unlike capitalist states that proclaim the cause of the mess, capitalism, will rescue them and continue to spend hundreds of billions on high-tech weaponry and lucrative private contracts while dedicating minuscule amounts on green alternatives. China, however, has engaged in massive-scale reforestation efforts, which help the fight against climate change by absorbing and storing CO2, transforming open and barren plains into lush greenery. From 1978, China has seen forest coverage increase from 12% to almost 22%, making China a leader within this field. New reforestation projects, such as the Millennium Forest project, plan to cover 40% of Xiong’an New Area, close to Beijing, with a plethora of trees by 2035. Efforts of these magnitudes have resulted in China alone accounting for 25% of the global increase in leaf area since 2000 despite possessing just 6.6% of the earth’s vegetated land. 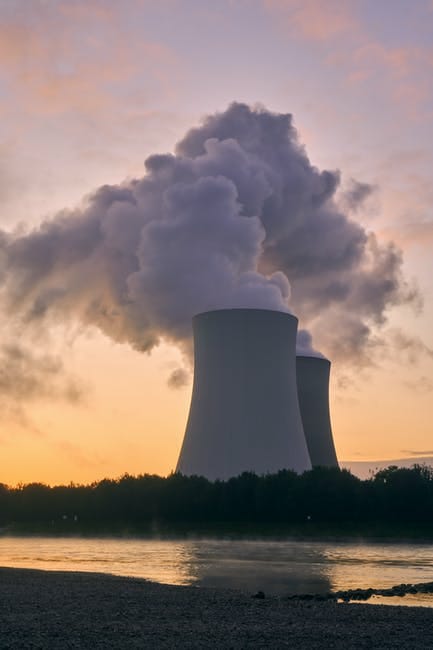 Another area in which one can see large-scale Chinese efforts to combat climate change is by the production of alternative energy sources. China is currently the world leader in solar panel production, in 2019 producing around 80% of the world’s supply. China has single-handily been the reason solar technologies have been falling in price year upon year, allowing these vital tools in the fight against climate change to be accessible to the wider public. The gradual decrease in the price of these solar technologies is not due to low-cost labour, as many in the West purport, rather it is due to large scale manufacturing allowing the products to be available in abundance. But under a capitalist system this would generate a surplus and disrupt profits hence it does not occur as artificially driving the price up is more favourable. Alongside the manufacturing aspect, we see increasing levels of innovation which also make these technologies more efficient but the developing innovation rate of China is something the U.S. and Europe want to prevent, which is also ironic because apparently to capitalists under a communist system there is no innovation, but this will inadvertently hurt us all in the fight against climate change as China is a leader in so many fields that are combatting the climate crisis, particularly solar technology. China’s advances in solar technologies have resulted in the nation possessing one of the highest solar energy capacities in the world. On top of this general clean energy projects have resulted in China reportedly producing by 2020, according to the Chinese National Energy Administration (NEA), total wind and solar capacity of 120-gigawatts, for comparison Hoover Damn in the United States only a 2-gigawatt facility, leaving China with one of the largest wind and solar capacities in the world. 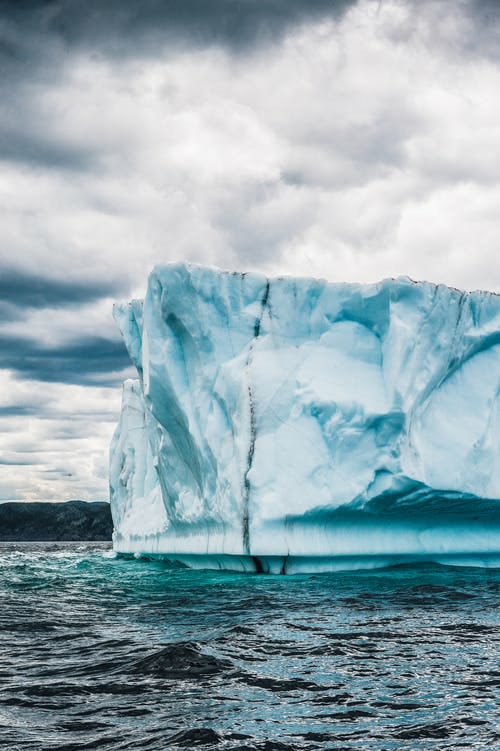 This green-imperialism is another weapon in the armoury of highly militarized capitalist forces that seek domination of the globe and the obedience of what they deem “lesser” nations and peoples – note the connection between the idea of racial hierarchy, the eugenics movement, and capitalism. It was no surprise the eugenics movement emerged in 19th century Britain during their industrial revolution, where rampant capitalists described working-classes as unhuman. Green-imperialism, similar to intersectional-imperialism in that they both wrap themselves up in progressive terminology and evoke levels of “weakness”, is a tool of imperialism. Curated to ensure the continued world order, one where capitalism dominates and all other, humane, logical, and democratic systems must collapse and if opposing forces shall rise and offer an alternative, as with the case of China, the capitalists’ arsenal will be opened and unleashed upon them. China is being attacked on multiple fronts, through a variety of hybrid warfare tactics, with countless propaganda and misinformation pieces being distributed in the corporate press to justify these assaults. One of the ways is through the weaponization of climate change, to use this environmental crisis as a tool to discredit and blame China, despite Beijing being a leading figure in the fight against climate change, doing more than others to counter it, and to of contributed less to overall CO2 emissions than both the U.S. and Europe.

A glaring example is associated with jazz diva Billy Holiday, who became the target of Federal Bureau of Investigation chief Harry J. Enslinger. He seeked an official ban on all her public appearances....

This assembly of anguish - that is my land

As we see the pandemic unfolding horrible scenes in India, and ordinary people bearing the brunt of a fascist regime, here in Pakistan, way is being paved for another fascist political party to grasp the....

At the moment, Brazil is going through a Parliamentary Committee of Inquiry, in which the government of the Presidency is having its management during the pandemic investigated for alleged crimes of responsibility.....

Red Volunteers in India: Back to the People

People all over the world have become habituated with the terms ‘social distance’ over the past year and a half. However, this term hides within itself a very problematic concept. At the root of the....

Chapter III- Part 2: The Citadelle of QuébecIt was in winter that the Plains of Abraham most enthralled me, and there, running on the ski trails or in the deep snow on the wooded paths that parallel the....

The Tolpuddle Martyr’s Festival in the South West of England’s equivalent to Durham Miner’s Gala in the North East. It also commemorates the battle Dorset agricultural workers waged against the British....