In Conversation with Roman Kononenko: On the Controversy Surrounding the Soviet Flag

(Roman Kononenko is a member of the Presidium of the Central Committee of Communist Party of the Russian Federation (KPRF) and First Secretary of the Saint Petersburg City Committee of the KPRF. He is also an associate editor of The International magazine) 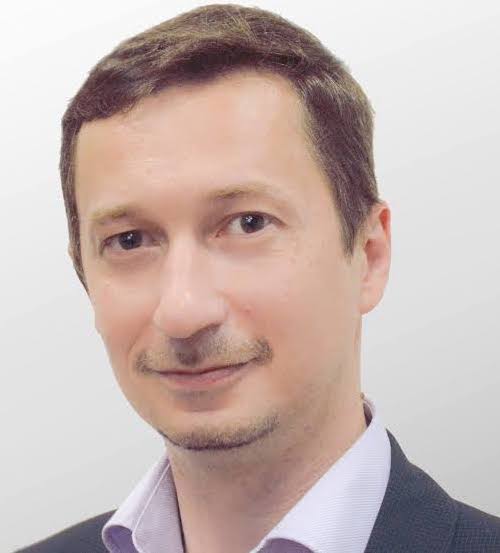 Sumedha Chatterjee: What is the recent controversy surrounding the soviet flag? Could you shed some light on it?

SC. Why was this bill submitted?

RK: The lawmakers mention the findings of a study done in early 2021 as one of the arguments for the necessity to alter the flag, according to which "67 percent of Russians regret the fall of the USSR, and just a quarter of those questioned held the opposite position." According to the project's creators, 73 percent of respondents said they would vote to keep the USSR as a revived union of equal sovereign republics if a referendum on its preservation were held today.

In the explanatory materials, the authors of the initiative point out that the red flag of the USSR was "a symbol of peace, kindness and great victories". "The Banner of Victory, hoisted in May 1945 over the defeated fascist Reichstag, was red. The achievements of the USSR in science, space exploration, medicine, culture, sports, technological progress… also took place under red banner," the authors of the bill point out.

SC: Speaking of fascism, it is being said that Ukraine is a fascist state. Is this why the Communist Party of the Russian Federation supporting the ‘special operation’?

RK: We are certain that the existing Ukrainian state is neither self-governing nor independent. The so-called "collective West" has entire authority over it. I'm referring to the European Union, the United States, and NATO. As a result, we feel that the Ukrainian government is a puppet administration that does not truly promote national interests in its actions. Another factor is, of course, the incredible rise of Nazism and fascism. We can debate whether fascism or Nazism is the correct term, but there are clearly Ukrainian Nazis. And the West has made several efforts to assist it during the previous eight years. They were putting money into it through Western NGOs, ostensibly under the guise of fostering national identity. This, however, was Nazism. Even now, the Russian military has discovered books and pamphlets issued and paid for by EU officials, as well as other NGOs from European nations, in Melitopol and Berdyansk, for example. If we look at everything closely, it's clear that they were attempting to portray Russia as an adversary.

SC: Can the situation really be termed as an ‘imperial war’?

RK: You may argue that this is an imperialist war if you study Lenin's Imperialism: The Highest Stage of Capitalism and read and interpret everything literally. However, Lenin constantly urged us to assess each issue, taking into account the current circumstances, the current historical context, and other factors. So, if we consider all of the other factors: Of course, Russia may have certain imperialist goals of its own. However, Russia cannot be fully described as imperial since it did not export a large amount of wealth, and I believe that practically all of that capital was sold to Ukraine, and most of it was lost in 2014.

SC: Well then, it could be said that the Soviet Flag will be reduced to an aesthetic. What are your thoughts on that?

RK: I have no doubt that this bill will be rejected by an obedient loyalist majority of deputies of the Russian parliament. Immediately after the introduction of this bill, deputies from the ruling party allowed themselves a number of openly anti-communist comments on the bill.

Of course, the party is aware that this initiative does not lead to a change in the socio-economic formation in Russia, does not transform Russia from a capitalist country into a socialist country. The main goal of this bill is to launch, using the parliamentary platform, a new round of discussion in Russian society about the ways of developing the state and society, especially in the context of unprecedented predatory sanctions imposed on Russia.

The Uyghurs and Anti-China Propaganda

On August 26th 2022 as the US-NATO directed counter-offensive against the Donbass Republics and other Ukrainian regions resisting the NATO installed Nazi friendly regime in Kiev began to take place, the....

My maternal grandmother passed away at 2 am on February 14, 2022. For her funeral, I went to Bihar where my grief was socialized among the many people who came to collectively remember her. I could not....

Women Take on the Empire: The revolutionary women of Palestine

This women’s day let us remember the contribution of women who have been fighting the settler colonial Israeli regime. From the river to the sea, Palestine will be free! Seldom has a gun wielding female....

Special Correspondent The International//1:07am, May 5th '22

According to a leaked Supreme Court document, women in about half of all US states may soon lose access to abortion. As per a draft opinion by Justice Samuel Alito, the majority of the court's judges favour....

Communist Party of Swaziland leads the people: for total revolution

The political situation in Swaziland continues to be volatile. Insecurity has worsened under the 49 years of absolute monarchy, the last in Africa. Political parties in Swaziland have remained banned since....

While Donald Trump is no longer the President of USA, the effects of his final imperialist blows continue to be felt in Cuba. On January 11, 2021, the US put Cuba back on the State Sponsor of Terrorism....