NATO Expansion and the War in Ukraine

The tragic conflict between Russia and Ukraine has been a major news story for several weeks, with coverage having started well before Russian troops crossed the border. As is usually the case, the U.S. corporate media promote “breaking news” and flashy updates but omitthe broader context that would allow viewers to better understand the crisis. This deception by omission allows government officials and corporate interests to generate fear, demonize enemies, and manufacture the consent of a misinformed public.

Missing from almost all reporting is the critical role the North Atlantic Treaty Organization’s eastward expansion has played in creating a crisis that could spiral out of control into nuclear war. Knowledgeable officials within the U.S. establishment mainstream have warned for decades against NATO expansion toward the Russian border. More than 30 years ago the George H.W. Bush administration, German, British, and Frenchofficials assured Soviet President Mikhail Gorbachev that NATO would not expand eastward if the Soviet Union accepted the reunification of Germany. The prominent U.S. diplomat George Kennan presciently cautioned against NATO expansion in a 1998 New York Times interview: ”I think it is a tragic mistake. There was no reason for this whatsoever. No one was threatening anybody else.” John F. Matlock. Jr., former U.S. ambassador to the Soviet Union, testified before the U.S. Senate Foreign Relations Committee in 1997: “I consider the administration's recommendation to take new members into NATO at this time misguided. If it should be approved by the United States Senate, it may well go down in history as the most profound strategic blunder made since the end of the Cold War.” Matlock is not invited to speak on corporate news programs because his perspective, based on years of experience, undermines the simplistic anti-Russian narrative promoted by the government.

The broken promise to Gorbachev calls to mind the many treaties abandonedas genocidal U.S. invaders seized control of North America. In 1999 Poland, Hungary, and the Czech Republic were the first countries to join the military alliance after German reunification. Several other eastern European countries followed, including the former Soviet republics of Estonia, Latvia, and Lithuania. Fourteen eastern European countries have joined NATO in a process of encroachment supported byDemocrat and Republican administrations in the U.S.

Although NATO describes itself as a defensive alliance, it plays a deadly offensive role around the globe. NATO bombs and missiles devastated the former Yugoslavia as that country was torn apart in 1999. In 2011 a NATO bombing campaign against Libyarendered that country a failed state with open slave markets. Afghanistan and Iraq, far from the North Atlantic, have been attacked by this “defensive” alliance. NATO’s well documented aggressive history is not the only danger. Because NATO member countries commit to defending each other against perceived attacks, they are inherently driven to escalate conflict. The Russian people will never forget that their country had been invaded three times from the west. Memories of the 27 million Soviet dead in World War II are still deeply felt. Thus, Russia was understandably threatened as imperialist western countries broke their promises, including surrounding them with advanced missiles that can reach their Russian targets in less than 10 minutes and significantly increasing U.S. troop presence in Europe.

Russia has other reasons to mistrust the U.S., a country which welcomed and played a role in the dissolution of the Soviet Union. Russia was devastated after the collapse. Life expectancy plunged from 70 years in 1987 to 64 in 1994. The U.S. openly celebrated its political manipulation in support of Boris Yeltsin. A Time Magazine cover proclaimed: “Yanks to the Rescue: The Secret Story of How American Advisors Helped Yeltsin Win.” Russians are well aware that the U.S. has plotted dozens of coups, wars, and political assassinations around the globe. 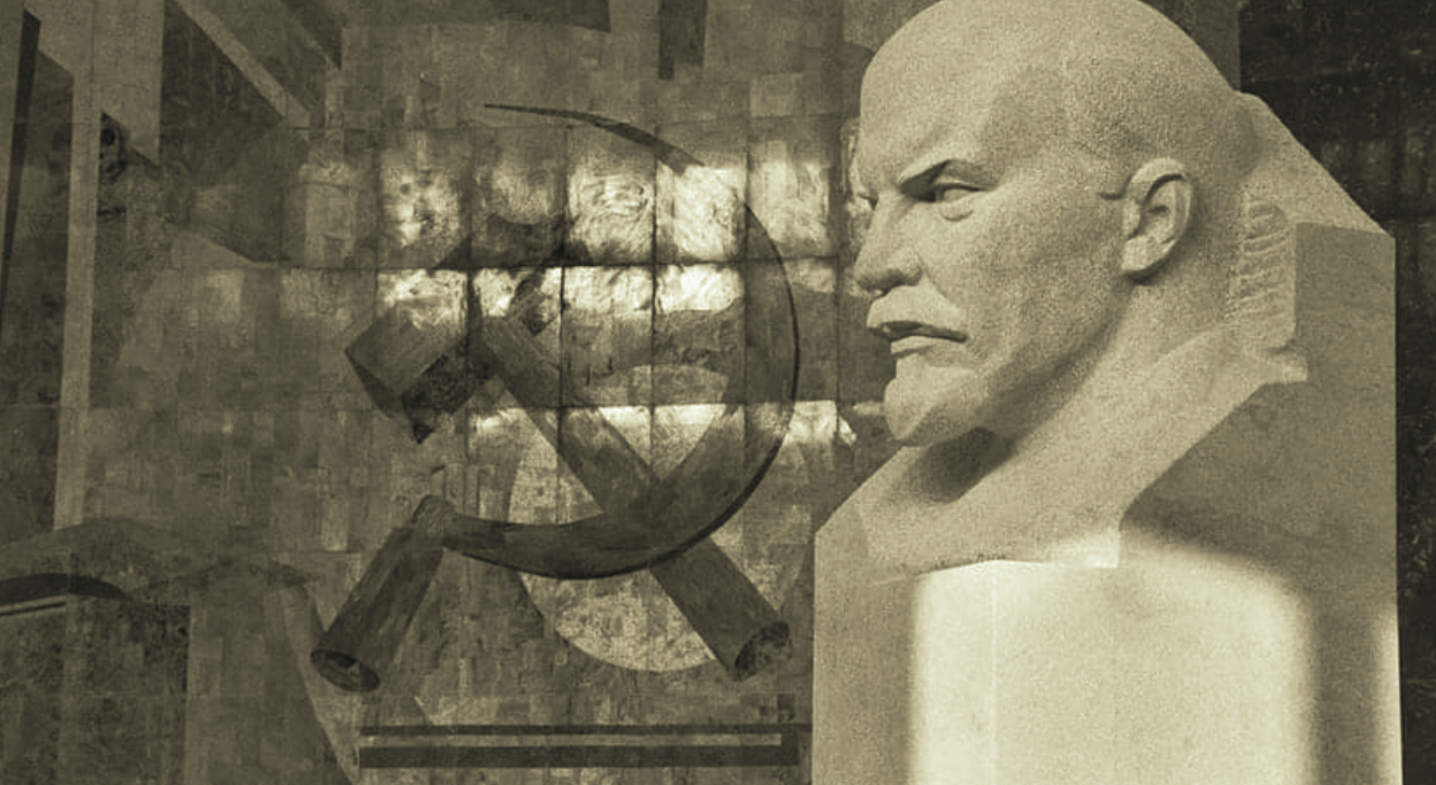 Russian concernspiked in 2014 as a result of reckless and provocative U.S. action. The protests and coup of that year were set in motion in late 2013 when the deeply corrupt, but democratically elected Ukrainian President Viktor Yanukovych announced that the country, which was suffering a severe economic crisis, would accept a $15 billion assistance package from Russia. The European Union had also offered assistance, but their proposal came with strict demands for austerity, privatization of industries, and reductions to government subsidies. These non-negotiable conditions would have relinquished much of the country’s sovereignty to foreign capitalist interests. The Russian proposal came with no such strings attached and would have reduced the cost of natural gas. Pro-Western and openly fascist Ukrainian forces, angered by Yanukovych’s attempt to weather the economic crisis by maintaining a balanced relationship with Russia, the European Union, and the U.S., responded with a series of demonstrations and demanded his resignation.

The U.S. openly supported the demonstrations and the coup that followed. In a leaked phone conversation with U.S. Ambassador to Ukraine Geoffrey Pyatt, Assistant Secretary of State Victoria Nuland named an opposing politician, Arseniy Yatseniuk, as the person to support. It’s no surprise that Yatseniuk took power after the coup. Nuland and Senator John McCain joined protestors in the Ukrainian capital Kiev, openly showing bipartisan U.S. support. Tensions increased as legitimate peaceful protests against corruption were joined by the Azov Battalion and other neo-Nazi groups opposing attempts to resolve the crisis. On February 20, 2014 snipers killed several dozen people. Corporate news accounts blamed police and other government forces but forensic experts and eyewitness accounts strongly indicate that extremists, determined to overthrow Yanukovych, murdered the protesters in a “false flag” attack blamed on the government.

Yanukovych agreed to elections in the immediate wake of the massacre but he fled the country before the vote could take place as neo-Nazi militias attacked government buildings and seized power in a coup on February 22, 2014The goal having been achieved, the proposed election was conveniently forgotten. The new government aligned closely with western Europe and the U.S., opposed Russia, and promoted Ukrainian nationalism with the support of fascist right wing groupsthat endangered the country’s large ethnic Russian minority primarily located in eastern Ukraine. Neo-Nazi forces were incorporated into the police and armed forces. Infamous Ukrainians who had collaborated with Nazi invaders were openly honored.The Ukrainian language was promoted and Russian lost its designation as an official language. The Communist Party was banned. In Odessa on May 2, 2014 several dozen ethnic Russians fleeing a violent assault sought refuge in a large building. Dozens were killed when a large mob gathered, threw Molotov cocktails and set the building on fire.

In eastern Ukraine Donetsk and Luhansk refused to recognize the post-coup government and declared themselves as independent “people’s republics.” Ukrainian forces have attacked these breakaway republics ever since, shelling the region and killing about 14,000 people.

Western news companies have not included any of this important context in their coverage. Instead they glorify the war effort and applaud the flow of western military aid that can only prolong the suffering. They have shown little interest in diplomatic efforts to end the fighting. War is always good for ratings and profits. The traumatized Ukrainian people, used as pawns in the imperialist game, will eventually be forgotten just as has happened to the millions now going hungry in Afghanistan.

Why Does NATO Still Exist?

When NATO was formed in 1949 it falsely presented itself as a defensive alliance against a perceived threat from the Soviet Union. Its stated rationale vanished when the Soviet Union fell in 1991 and the “threat” no longer existed. People around the world anticipated a “peace dividend” as the hundreds of billions of dollars that had been spent on weapons could be used to improve communities. The peace dividend never materialized and NATO expanded, leading to the current tragic war.

To read the full article Subscribe to The International

Subscribers are requested to open the magazine section to read the full article.

The Imperialist Farce of Women's Rights in Afghanistan

The Taliban takeover in Afghanistan has generated an imperial nostalgia among liberal feminists. Gayle Tzemach Lemmon writes in The Washington Post: “With the Taliban seizing control of Afghanistan....

The explosion of August 4, 2020, a point of no return for Lebanon

This 4th of August, Lebanon commemorates the one-year anniversary of the criminal explosion at the Beirut port, a gigantic detonation of stored chemicals that caused staggering human and material damage.....

Peru: A Brief Analysis on Pre and Post Election Scenario

It has been a month since Pedro Castillo, a Socialist and a member of the Free Peru ( Peru Libre) Party, has emerged as the president of Peru. In the electoral battle Castillo defeated Keiko Fujimori,....

To extend a population’s life expectancy at birth (LEB) requires capabilities that are scarce in the United States. The U.S. LEB has fallen in the recent period, quite abruptly. Meanwhile, life expectancy....

The 8th party Congress of the Communist Party in Cuba reflected major changes and shifts in power. Inaugurated on the 16th of April, 2021, the four-day party congress took some very interesting decisions....

Brazil on the brink of chaos

The events of the past days, with the resignation of the main members of Guedes' economic team early on Friday night, stirred up the analyses, moving and guiding the media.This mass layoff in particular,....