WITHIN THE WALLS: A memoir of the plague in Quebec City

Chapter V PART I: My Caput Galeatum, and the Divine Québec Scenery

When I was a young boy in Haysville, Kansas, my mother told not long after my father’s death that I was born with “a veil” over my face. I was at first scared and startled by her pronouncement. Later in life, I would do some research at Kansas State University where I was student in philosophy and Western Intellectual History. I learned that an en caul birth is when a baby comes out of its mother’s womb still inside an intact amniotic sac or caul. In appearance it would be like a thin brown sheet of skin wrapped particularly around the newborn's face. I was very superstitious during my periods of nervous breakdowns, I think due to a genetic disposition as well as social and cultural crises revolving around my father’s early death, then being moved to a primarily middle-class suburb in Haysville, Kansas.

My mother, Rachel, who could have passed easily for an Anglo- American as her father was originally from Spain, was more petit- bourgeois and rising middle-class in her background, not to mention being of staunch Protestant belief. Unfortunately for me, my father, Luis Garcia, out of affection for my mother, had me baptized a Methodist, which would cause me to have spiritual conflicts later in life, until I became an atheist through the readings of Voltaire, the existential writers and philosophers, and later Friedrich Engels. I was able to escape the veil that covered my face at birth, but I was never able to escape the mask that I have worn from childhood to old age, because of my obsessive interest in history, the military and because of my natural reserve. To some extent, I think it that is my fate to study not only the history of the Battle of Quebec City in 1759, but in essence to attempt to discard my mask and try to live with openness. I will always remember when my friend, the fly on the wall, told me that she thought I had much in common with Montcalm, and that I should take an apartment in the house where he had his headquarters. She showed me that elegant house overlooking the mouth of the St. Charles River. I found Montcalm to be a great man, but in essence a general whose ideas on the art of war were riddled with strategic flaws, and I never took up the suggestion.

Before I embark on my final commentary on my stay in Quebec City, I think it is vital to mention the strange process that finally led me this fortified city in Canada. I am not remarkable in any way, as I consider myself a Midwesterner, a Kansan who was restless all of his life, perhaps like Francisco Vasquez de Coronado, the Spanish Conquistador and Spanish governor of Nueva Galicia, a province in northern Mexico, who had come to the midland of the future United States, because he had heard fabulous tales of the large and wealthy Seven Cities of Cibola to the north. Coronado, like others before him, had wanted to find silver or gold treasure among the indigenous peoples, as had Cortez and Pizarro in conquering the Aztecs and Incas.

The restlessness that I speak of is the materialist imperialist in me that I think was part of my coming to Quebec City. I was not seeking monetary wealth from the former New France, but instead to extend the simple way of life as a youth in Kansas that I sensed I was losing. Living in a small town outside Wichita, I was happy to be surrounded by wheat fields and open plains under the endless Midwestern skies. There were creeks to swim in and rattlesnakes to be wary of when playing in open fields. Unlike Quebec City, there was no wall, just the naïve concept of total freedom, bounded by the Arkansas River, with only the tornadoes that came upon us every summer to fear. In my middle twenties, after a short stay in Toronto as a draft resister, I would find Quebec City, and in a peculiar way find nature again, find my imagination again, like when my friends and I played war on the small dirt hills and woods along the Cowskin Creek in Haysville, Kansas. Living within the walls and being able to study the ancient fortifications of Quebec City, I was able to create again that caul to keep me safe.

I would now like to include excerpts from my journal on my observations of the Plains of Abraham not only from a military historian's perspective but also from social insights, perhaps the kind that Daniel Defoe wrote in A Journal of the Plague Year, when using historical records of the London Plague, to create his imaginative narrative of the despair, the social insanity and the lessons learned and not learned by humankind. The refusal to understand pestilence in a scientific manner will be seen as an historical catastrophe in the United States, when people allowed themselves to be led by a such a fraudulent figure as the deranged, narcissistic, Donald J. Trump.

At twelve midnight I walked to the Battlefield, the Plains of Abraham. It is safer to venture out for a walk during the late night, as many Québécois do not wear masks. They are the most naïve people that I have ever seen in my observations of North Americans. For them, life is constant joie de vivre. However, rarely during the day and especially the weekends do you ever see the Quebec working class men and women, nor their children in the park. Only the middle class and upper middle class take to the Plains of Abraham during the plague, and they do not keep their social distancing, nor do they wear masks. In the last three weeks, I have only seen one person with a mask and that was a young Québécois who was on his bike. There is an arrogance about these people that would make one laugh if the plague were not so dangerous. The irony is that the Province of Québec has the highest death rate in Canada. The people of Quebec City live as if they are immune to death. They are going to learn an extremely hard lesson. The difference between them and the Americans is they are less fearful of death and have the belief that their religion and their audacity will save them. An elderly artist friend who lives here in Quebec City told me bluntly that the people of Quebec City are like the Dominicans and the Colombians; they have Latin blood, and they live without discipline. Although I have great respect and empathy for the people of Quebec City, they always remind me of unruly children. It is their beautiful women, the most beautiful women in North America, that keep me distracted and forgiving of their ways. 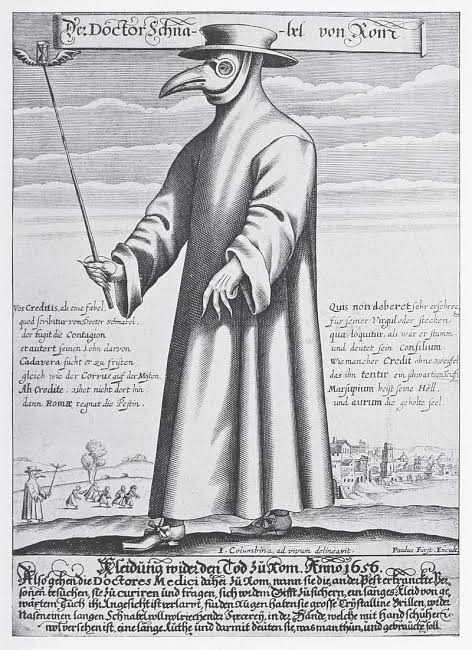 Yesterday I decided to go down the high cliff where I live and walk all the way to the Hopital général de Québec, where thousands of French and British soldiers are buried in a long rectangular pit covered with fine, cut grass. I wanted to visit these men again, as well as pay homage to General Montcalm, whose remains are interned in small but dignified mausoleum. I entered the open wrought iron gate and moved in and out among the many tombstones and stone crosses. I had been coming to the hospital cemetery for years, whenever I came for a short vacation. However, as I strolled quietly through the small cemetery enclosed with trees with their green leaves fluttering like small kites in the wind and seeing the pit where those thousands of soldiers lie buried after they fell in the Seven Years War, long turned to dust, I felt something different this time. I thought of the idea of a War of Liberation, and how the colonial French soldiers along with their Indian and French allies, had fought to the bitter end against the imperial British invaders. This time, standing, then sitting and finally lying down on the thin, rectangular concrete slab that paralleled the wide pit, I looked up past the leaves above me and I thought, If you want freedom from being a colonized human being, you have to be willing to fight and die for that freedom, there is no other way. Then musing in a more personal way, but with a wry sense of humor, I said to myself, It is not a privilege to come into this world but is a privilege to leave this world with one’s sanity. There was sanity and a moral force for me there among those who gave their lives for the Liberation of Québec and New France.

The APR : only political expression that offers Venezuelan youth a consistent fight for the future

The Communist Youth of Venezuela (JCV), the main quarry of cadres of the PCV, in the current context of class struggle inscribed in the structural collapse of the world capitalist system, is aimed at developing....

The Scotland Election and the Communist Party: Conditions and Possibilities

As the country Scotland is heading towards the national elections in 2021, new possibilities are starting to emerge for the Communist Party of Britain. It seems that the party is going to have the largest....

What is the cause of Peru's political crisis and who is responsible? – An Interview

The U.S. is agitating for a boycott of the 2022 Olympics in China. But in 1936, Hitler's Germany was able to hold glittering Games in Berlin - with U.S. help against international protests from Jewish....

Russia and a Possible Counter Attack in Kherson

Maskirovka had been a major component of the Soviet Army, but now it remains to be seen if the modern Russian Army has reinstated such a masked deception in terms of a perceived withdraw of troops from....

The Tolpuddle Martyr’s Festival in the South West of England’s equivalent to Durham Miner’s Gala in the North East. It also commemorates the battle Dorset agricultural workers waged against the British....